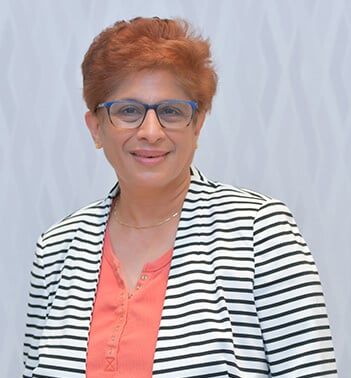 Dr. Shemin Kurji qualified from the Royal Dental School, University of London in 1982 and practiced general dentistry in London, England. Upon emigrating to Alberta, she used to work in Inuvik and Yellowknife as a general dentist. She would also fly into remote communities in the Arctic, providing much sought after dental services to small First Nations communities. She then moved to Nova Scotia and was a partner in a thriving practice in Lower Sackville, just outside Halifax. Dr. Kurji played an active role in the community life in Halifax. Upon moving to Ontario, she has continued to offer general dental services as an Associate at Fairview Mall, while having been an active contributor to community life. She is a proud mother of two grown up sons and her two grand children always bring out the best in her.

Contact us today for pricing, inquiries and to book a Free Consultation